We remain open for you – and provide the safest possible medical environment with clinical grade anti-viral clean air technology throughout the clinic.

Call me back
Book a consultation
COVID-19 Update
X
We remain open for you - and provide the safest possible medical environment with clinical grade anti-viral clean air technology throughout the clinic.

LASIK – Its History and Popularity Explored 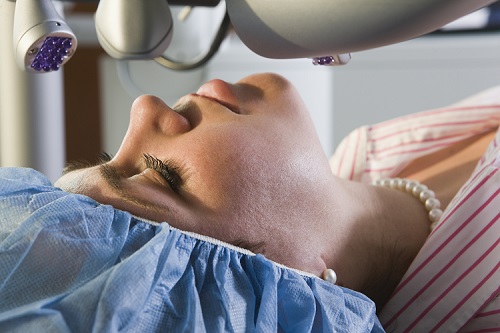 If you’re considering laser eye surgery, it’s likely you’ll choose LASIK – the most popular form of refractive surgery, which has improved the sight of over 30 million people globally since it was first approved in 1999. Let’s take a look at how this hi-tech laser procedure evolved, and why LASIK is such a popular choice today.

A brief history of vision correction

Laser vision correction – using lasers to reshape the cornea – is a relatively new treatment which has been on offer for less than 30 years. But the ideas behind it have been around for a surprisingly long time!

As far back as 1948, a technique called Keratomileusis (literally meaning ‘cornea sculpting’) was conceived and developed by Spanish ophthalmologist José Ignacio Barraquer Moner. He’s known as the Father of modern refractive surgery because of his work and innovation in the field.

In 1978, surgeons began performing a procedure called Radial Keratotomy, which uses blades to make incisions in the cornea to improve vision.

But it wasn’t until the 1980s that the development of laser technology made it possible to combine the principle of reshaping the cornea with a highly accurate and minimally invasive surgical technique to remove tissue.

PRK: a forerunner of the modern LASIK procedure

The first laser vision correction procedure took place in 1988, and was known as photorefractive keratectomy (PRK). This was approved for general use in 1995, when the PRK laser eye surgery was first was made available to the general public. Unlike LASIK (which stands for Laser-Assisted In-Situ Keratomileusis), PRK involves completely removing the outer layer of the cornea, the epithelium, before using a laser to reshape the cornea.

Meanwhile a blade called a microkeratome, with the ability to create a corneal flap, paved the way for modern LASIK in 1990. A less invasive procedure that requires less recovery time, the first LASIK procedures used a microkeratome to create a flap in the cornea, before switching to an excimer laser to adjust refractive errors. Today, a femtosecond laser is often used for flap creation.

Read more about the techniques involved in PRK, LASIK and other forms of laser eye surgery. 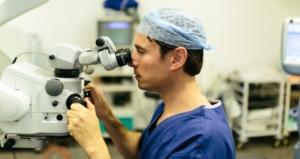 Do you want to learn more? You can read more about the risks of LASIK surgery to understand more about possible risks and side-effects.

What makes LASIK such a popular choice?

LASIK is currently the most commonly performed type of refractive surgery. It’s also the most popular form of elective surgery in the world! There are number of factors that make it the go-to choice for patients:

It’s important to note, though, that everyone is different. Some patients may be more suited to LASEK or other refractive surgical procedures. For example, if you have thin corneas, LASIK may not produce the best results for you.

If you opt for LASIK with OCL, you’ll benefit from the most advanced laser technology currently available. Combined with the skill and experience of surgeons at the forefront of their field, you’re in safe hands! Find out more about LASIK and what it involves.

iDesign Lasik (laser eye surgery) - is it the best?

Keep your eyes healthy during the Coronavirus lockdown (Infographic)

iDesign Lasik (laser eye surgery) - is it the best?

Keep your eyes healthy during the Coronavirus lockdown (Infographic)