To See, Or Not To See: A Case Study | OCL Vision

Case Study: To See or Not to See? 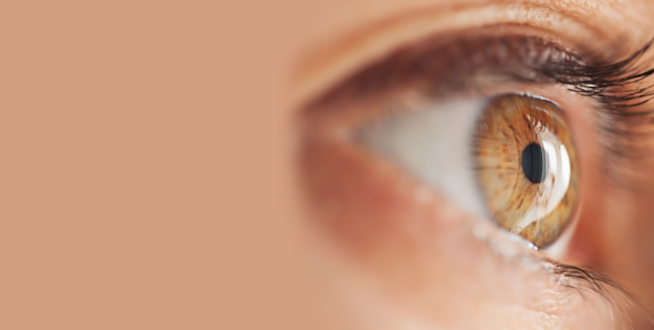 At the age of eight, Doug Thrower was struggling with lessons at school, and it was suggested he should have his eyes tested. This resulted in him having to wear glasses. Lesson issue solved. It also started a 42-year acceptance of wearing glasses, or contact lenses in later years.

“My father was in the forces, so we could get NHS glasses, lucky for me, the ones available in Germany were not the thick-rimmed brown ones the kids back in Blighty had to choose. I managed to get wire-rimmed ones, which looked a great deal better. I did have one pair of the good old NHS glasses when we returned back to the UK, but my parents could see this was not what I wanted and managed to afford the upgrade to wire frames again. (Thanks mum and dad, much appreciated.)

So for a number of years, I went for the obligatory eye check each year, and gradually my sight got worse. Then, around 1995, due to a personal development course, I decided to consider contact lenses. Until this time I was very nervous about this and was hesitant about putting things in my eyes. But as this was a development course, I went for something outside my comfort zone.
WOW! Once I began wearing contact lenses I never looked back; well not without my lenses or glasses!

Getting fed up with wearing glasses and contact lenses

I experienced a couple of mishaps over the years such as broken glasses, lenses falling out of glasses, or even worse, a contact lens falling out onto my cheek while driving on the A1. It certainly was a frantic moment getting to the hard shoulder with the use of just one eye!

As time went on, my prescription declined to an eventual -10.75 in both eyes, however my eyes then improved slightly, leading to wearing reading glasses whilst wearing my contact lenses. This was a real inconvenience which helped me decide to return to wearing glasses, so I had varifocals fitted. For a while this provided a great solution but, as time went on, I found I was once again fed up with glasses.

Deciding to go for LASIK

I decided to look into laser eye surgery and, after a little research, decided on OCL for an assessment. What can I say but wow! After an initial consultation it was confirmed that I would be suitable for surgery and that LASIK surgery would be the best fit for my condition. Following discussions with my very supportive wife Wendy, we decided to go for it.

After accepting the quote and arranging payment, a date was set. I received plenty of information on pre-treatments and what would be done during the procedure, as well as when and how it would be done. Everything provided to me was very concise, easy to understand and from my own point of view quite exciting!

On the Day of Surgery

We arrived in plenty of time on surgery D-Day and were made to feel very welcome in the plush surroundings. I was ready, willing and eager to get things underway. I think my wife was actually more nervous than I was! To make sure the correct readings had been taken and there were no last minute issues, there were some final checks before I was off to the waiting area outside the operating theatre. Shortly before heading in for the procedure, I was asked if I needed a relaxant, “Nope, I am fine, but my wife might need one!”

The team explained everything step by step, as I lay down on the very comfortable bed and popped the back of my head into a donut (no, not one you can eat).
The procedure then began with drops to numb the eyes followed by sticky tape to hold back the eye lids. Following this, what felt like enormous cages were applied, that opened the eye lids wide and locked them into position. Whilst the procedure was taking place, I could still blink and move as the anaesthetic stopped my eyes from actually moving anyway.

The next part of the procedure felt like a cup was being pushed down onto the eye ball and, whilst this was the most uncomfortable part of the procedure, it didn’t hurt but felt a little odd. This created a seal on the eyeball and then the cool white laser cut a flap in the surface of the eye. I was counted down from 25 seconds and instructed to constantly look at a green light. Before surgery this was a rather blurry light, although your prescription beforehand will determine how blurry this is.

Next I was aware of a grabbing sensation around the bottom of the flap made by the laser (which is bevelled by the way, so when it is positioned back it creates the best seal possible) as it was lifted up clear of the eye. More drops are applied and then, using the data from the various measurements and tests carried out previously, the second cool red laser starts the procedure to correct the cornea. Whilst the red laser whizzed back and forth, I was counted down again with the length of the countdown depending on your correction. On this occasion the countdown was 25 seconds again and I found it to be very comforting.

The flap was then laid back down, further drops were applied and the edges were gently smoothed back into place. After a job well done on the right side, it was a slight repositioning of the head and Lefty got its treatment. Twenty minutes later, it was all finished.

What to expect after treatment

After the procedure I was then led to a dark room to lie down for twenty minutes or so.
Refreshments were available and after some post-op checks I was on my way, with various drops to use over the course of the next few weeks. These included lubrication drops which were to be administered until my tear ducts were functioning normally again.

After getting up from my bed in the recovery room, I could see straight away and each day over the next few weeks my vision improved. I went back the next day for a 24hr check-up and was delighted to hear everything went perfectly. A follow up visit then came a week later and once again it was good news. I have another check in a month or so and know that I can call the surgery at any time if I have any concerns. It is very easy to get ahead of yourself, and expect every day to be as good as the first day but patience is required. Things are a little uncomfortable for a few weeks, but it is all worth it!

If you travel to the surgery in London and use public transport, be prepared to get a taxi back to the station, as there is too much dust on the underground. You’ll need to keep your eyes shut as much as possible until you get home and wear dark glasses.

I am so impressed by my treatment and it’s a revelation after wearing glasses for 42 years. It gives you a real pick me up in life and I would suggest having this done at OCL.