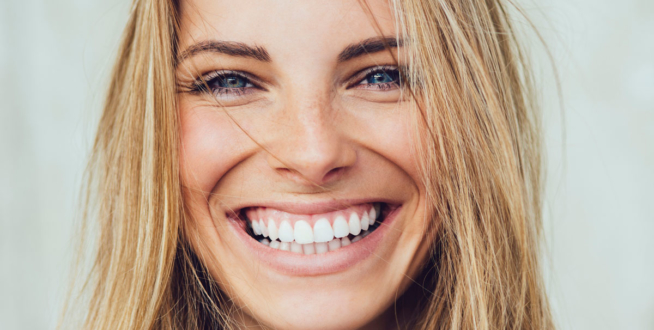 In a word: perfect!

Daisy Stevens has always enjoyed an active lifestyle, and wearing contact lenses meant she could enjoy horse riding and the other sports she loves. But the dryness caused by contacts led to eye ulcers, which began to limit her life severely. In October 2017, 23-year-old Daisy underwent implantable contact lens surgery – a move that has transformed her life beyond measure.

But problems with contact lenses led her to suffer with severe bouts of dryness, which resulted in eye ulcers. These made studying difficult, especially due to the light sensitivity. Eventually, Daisy’s eye issues became so bad that she was forced to take a step back: “I had to make the decision to quit my studies and take a year out of university,” she says.

One simple way to combat the problem would have been to stop wearing contacts, return to glasses and use eye drops to treat the dry eye. “But this was problematic because of my high myopia,” says Daisy. “With a prescription of minus 12, the thick lenses seriously affected my self-confidence.” It also limited activities she could participate in: skiing and water sports just aren’t practical if you wear spectacles.

Daisy was eventually given the details of an ophthalmologist who suggested a solution to Daisy’s dry eye problem. “I was told that implantable lens surgery would be a possibility,” explains Daisy, “and was put on an action plan for a year to get my eyes to a condition where surgery would be possible. This involved frequent drops, regular hot compresses and continuing to avoid lens wear.”

It wouldn’t be a miracle cure: “I knew surgery would not cure the dry eye, but without glasses, drops would be much easier to administer.”

Deciding who would perform the surgery was easy. “Professor Aggarwal said that if it was his daughter going for the surgery he would go to OCL. The website and testimonials filled me with confidence,” says Daisy.

Surgery: before, during and after

“Before the operation, the OCL team spoke to me in detail about the surgery, outlined the risks and explained what would happen,” reports Daisy.

“Although I was a little nervous on the day, the OCL team chatted to me, asked me questions and made me laugh. The operation went very smoothly; I couldn’t believe it was done so quickly. When the team spoke to me, I expected them to say they had the other eye to do… not that the surgery was already complete!”

And the aftercare is just as important: “Not only has the procedure gone extremely well, but the OCL team remains interested in my well-being,” says Daisy. “The follow-up phone call and appointments allayed any worries and allowed them to ensure that everything is working as it should be.”

Before surgery, Daisy’s dry eye and damaged corneas were seriously affecting her quality of life. Now she has 20/20 vision.

“Being able to wake up and see for the first time since I was in Year 4 has completely changed my life!” says Daisy. “Sometimes I still reach for my glasses on the bedside table out of habit.”

Implantable contact lenses have also brought benefits far beyond the physical: “This surgery has had such a positive impact on my mental health, and I am much more confident in my social life,” says Daisy. “I can enter a busy indoor location without my glasses steaming up on a cold day. I can put make-up on and actually see what I am doing. Holidays are much more enjoyable. It is much easier for me to participate in watersports, or even just sit in the sun without thick glasses on.”