As Covid restrictions ease, we continue to do everything we can to ensure your safety

Call me back
Book a consultation
Covid-19 announcement
X
As Covid restrictions ease, we continue to do everything we can to ensure your safety 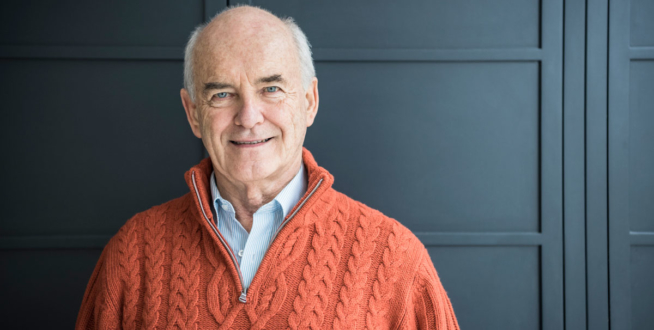 My vision is already far superior to what it has ever been and my once injured right eye is now the better of the two!

In November 2017, John McKeigue, 69, underwent advanced cataract surgery and iris repair treatment. We spoke to John about his experience of the procedure, why he chose to undergo cataract surgery with OCL and how it has impacted his life following the surgery.

“At the age of 23 I underwent eye surgery at Guys Hospital in London, after a piece of glass severed my right eye. Following the emergency operation, they advised that part of the pupil had been lost. After a failed attempt to remove the iris, they successfully managed to stitch up the eye. It did, however, leave my left eye overcompensating for the lack of light reaching my right eye.”

Finding out about OCL Vision

“My cataract was first discovered during a regular eye test at my optician, who advised that I should get it removed. In July 2017 I decided to seek help from a consultant in Colchester. However, because of my previously damaged iris, I was told it was too risky for me to undergo the procedure there due to their lack of specialist equipment. The consultant referred me for a second opinion.

It was during my referral consultation with a second consultant from the London Clinic and the Western Eye Hospital that I first heard about OCL Vision. She got to the root of my eye trouble – my iris and pupil needed to be re-aligned as well as having the cataract removed. I was told that there was a chance this could be done at the same time, and that OCL Vision were the people who could do it for me. Thankfully I was able to persuade my insurance company to book me in at OCL Vision. Their very professional manner and team left me feeling very confident that he could safely remove the cataract, repair my pupil and improve my vision.”

“After seeing a number of consultants, I was very aware that my procedure wasn’t going to be particularly straightforward. The complexity of my operation naturally had me rather concerned, but the team were very reassuring and kept me calm. The whole team were there to support me throughout the entire process. They were truly excellent and most reassuring. They made me feel relaxed throughout the operation, which went on for almost an hour. The operation itself went very smoothly – I certainly had nothing to worry about!”

“I am currently still taking eye drops while my eyes settle down, but my prospects look excellent. My vision is already far superior to what it has ever been and my once injured right eye is now the better of the two!

I am already thrilled with the results and can’t wait to see what my new vision brings me. I am particularly excited to watch a game of football without having to squint!”