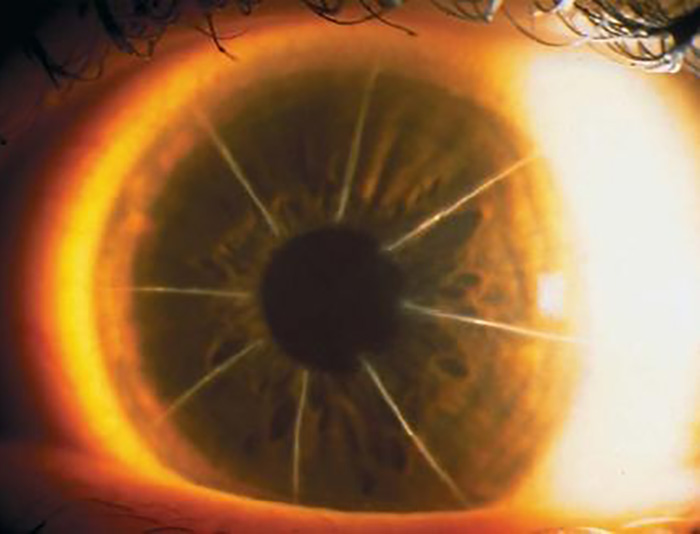 Radial keratotomy or RK (some patients call it the pizza pie operation) is an out-dated type of corneal surgery that began in Russia and was used to treat short-sight (myopia). The surgery involved making several radial incisions in the cornea (the number of incision was variable and ranged between four to sixteen depending on the degree of attempted correction). These incisions caused a central flattening or relaxation of the cornea, with resulting reduction or even full correction of short sight. In fact, the procedure was very effective, and many patients underwent this procedure in the 1980’s and early 1990’s before it was abandoned, and had very good correction of their vision.

The long term study of this procedure was completed after 10 years as part of the PERK study, which revealed that the central cornea continued to flatten in RK patients and that they became more longsighted (hyperopic) over time (shifting from initial short sight).

Many people who had RK now find themselves long sighted and requiring glasses to see in the distance. Also, as many have now reached the age where they are struggling to read and see things close up (presbyopia), they find that they require glasses for near and distance vision. Symptoms such as haloes or starbursts around lights, particularly at night are quite common. Depending on age, some patients may also have cataracts.

So what are the options for vision correction in patients who had RK and are now struggling with their vision?

There are in fact a number of effective treatments for improving vision after RK surgery. The best option for the patient must be decided on a case by case basis and is dependent on a number of factors including patient age and presence of cataract. If a patient achieves a good level of vision with glasses for near and distance, then the chances of improving their vision with a surgical procedure is more likely. The options for these patients are as follows;

Patients in whom RK has resulted in an irregular corneal surface may not achieve good vision with glasses. In these patients the cornea may need to be ‘smoothed’ using topography guided laser eye surgery and vision may be improved by combining with one of the procedures listed above.

Patients should note that the predictability of all types of surgery are less accurate after RK compared with an eye that has not had any previous surgery. Multifocal lenses for instance may not perform well in an eye with previous RK.

Finally, recent reports suggest that collagen cross linking may be useful as a treatment to stop further progression of long sight in hyperopic patients.

Yours surgeon should discuss all these issues with you at your consultation.